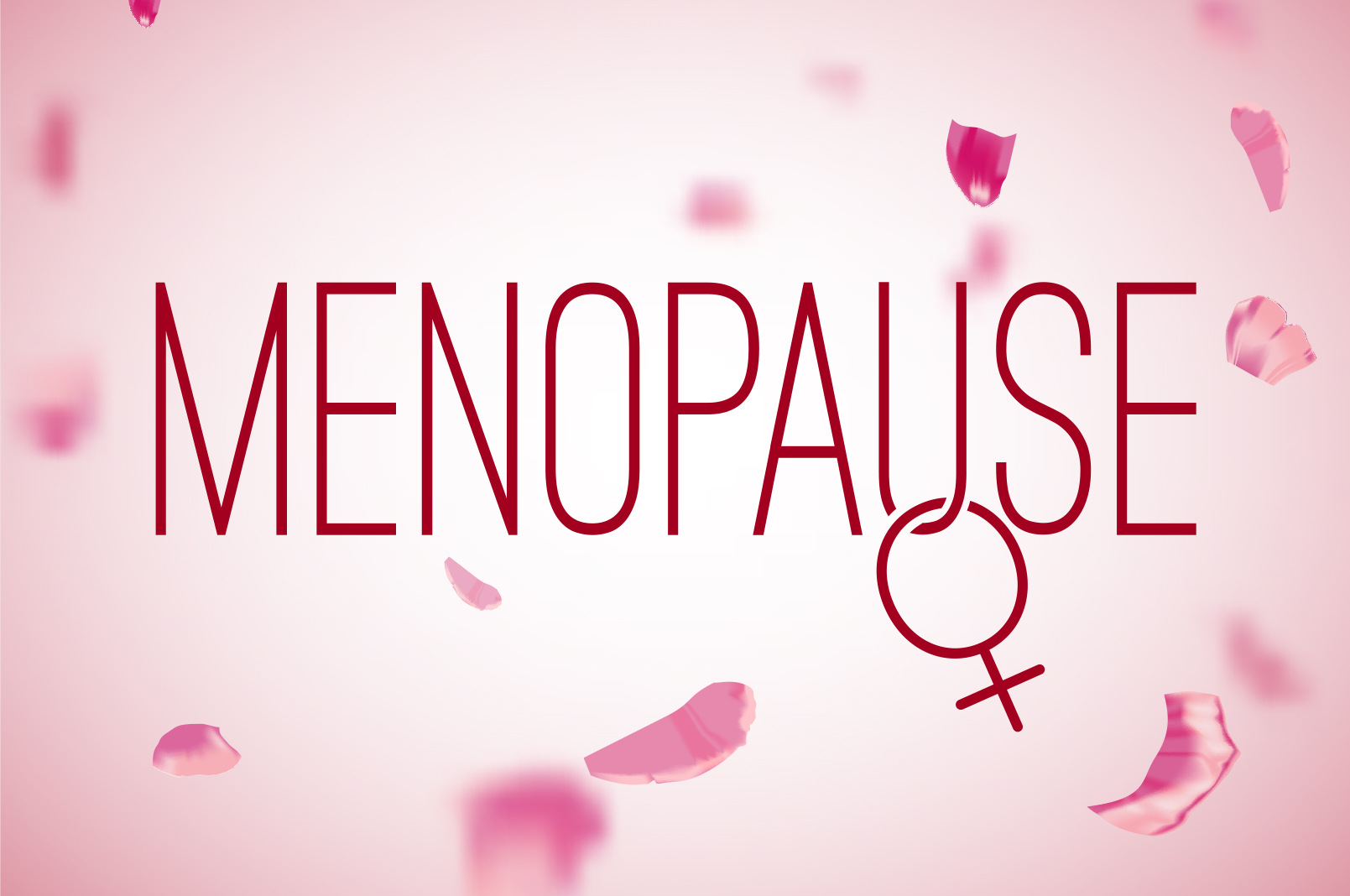 Menopause, unfortunately, is a normal and yet unavoidable part of ageing. As a woman ages, her reproductive cycles started since puberty slow down and prepare to stop. It happens when the ovaries no longer produce eggs and fewer female hormones: estrogen and progesterone levels reduce remarkably while the level of the principal androgen: testosterone, remains more or less the same or only slightly reduced. Both estrogen and progesterone control menstruation, but all three control hair growth in women together with other factors such as genetics, specific body regions and environmental influence.

Menopause is the stage in a woman's life when her monthly menstrual period stops permanently, thus marking the end of her reproductive years.

Natural menopause is the permanent ending of menstruation that is not the result of any medical treatment, surgery or medical condition and typically occurs in her late 40s to early 50s (45-55). However, some women can experience menopause earlier than 45, either due to body genetics, lifestyle, surgery (such as removal of the ovaries or/and uterus), or damage to the ovaries due to illness or medical treatments like radiotherapy or chemotherapy. Regardless of the cause, menopause occurring before the age of 45 is known as Early Menopause, with any occurrence by 40 or younger considered Premature Menopause.

Although menopause is a well-known life stage in women, it is a gradual process with four different stages within menopause that are important to recognise and understand.

There's a lot of evidence pointing to genetics role in how you'll be affected and to what extent by perimenopause and menopause symptoms. In the absence of other influencing conditions like smoking, insulin intolerance, obesity and chemotherapy, it's most likely that your symptoms will mirror what your mother experienced. That's kind of like having a crystal ball into your future self's scalp hair, thus providing you with an opportunity to take precautionary action to get ahead of it! The earlier, the better!

Hair thinning and loss goes hand in hand with ageing and starts way before perimenopause and menopause. Many statistical studies into the prevalence of scalp hair thinning or loss in women in the western world came to very similar results/figures:

In midlife/the mid-'30s, women experience physiological, emotional and physical changes to their bodies as their female hormones drop due to their in-coming menopause. The most substantial symptoms of menopause happen during the most significant drop in hormone levels.

According to most medical practitioners, one of the least concerning symptoms is scalp hair thinning and loss, but it can be a significant concern for all affected women and an understandably distressing experience for a woman of any age since, in many ways, hair defines a woman's identity. The resulting stress, if not resolved, or/and without proper counselling, support and assurance from the practitioner involved, unfortunately, will compound with the other common menopause symptoms like anxiety and depression, often making any hair loss situation even worse.

Negative changes in hair texture, thickness and growth result in scalp hair thinning or loss. Female Pattern Hair Loss FPHL is the most common form of alopecia (hair loss) in women. There are two ages of onset for FPHL: early (post-puberty to the third decade) and late-age (40+ years). Late-age onset is one of the most common symptoms experienced by women in premature menopause, the menopause transition (perimenopause) and menopause. The progressive shortening of the duration of hair in the 'growth' phase over successive hair cycles and the corresponding progressive follicular miniaturisation, i.e. the conversion from terminal hair to vellus hair* until the affected hairs eventually become invisible to naked eyes resulting in a reduction in the numbers of hair, especially in the central, mid frontal and upper parietal scalp regions with a characteristic pattern of hair loss starting as a widening of midline to a "Christmas tree" pattern. Refer to photos. Apart from FPHL, Telogen Effluvium (TE) is the 2nd most common scalp hair thinning or loss in females.

Hormones and Your Hair - the Good and the Bad

Apart from genetic makeup, your hair thickness in shaft diameter and volume, growth rate, texture and condition are affected by many factors like hormones and nutrition, which play a very significant part in the quality and quantity of your hair. However, not all hormones are good for hair growth. The female hormones: Estrogen and Progesterone are good ones for hair growth, and androgens: testosterone (T) and its much more potent metabolite** dihydrotestosterone DHT (10 times more potent than T) are 'bad' ones well known for their key role in hair growth inhibition in a male's scalp hair loss, Male Androgenetic Hair Loss /Alopecia or simply Androgenetic Alopecia (AGA). However, in females, it is more complex than that as it involves androgen components and non-androgen components and other factors meaning that Female Pattern Hair Loss (FPHL) is the preferred and proper term rather than Female Androgenetic Hair Loss / Alopecia.

If you've ever been pregnant, you may have experienced the magic that extraordinary high levels of female hormones estrogens and progesterone bestow upon your hair during this time.

Estrogens are hormones naturally produced in the female body and consist of three major forms: E1 (Estrone), E2 (Estradiol) and E3 (Estriol). Estrogens can significantly promote hair follicle growth and prolong the hair growth cycle after binding to the locally expressed high-affinity estrogen receptors. Another protective action of Estrogens on hair growth is related to its negative influence on androgen metabolism/synthesis via the aromatase enzymes activity, which is responsible for converting androgens like testosterone and DHT to Estrogens instead thus, local androgen levels like DHT in the hair follicle is reduced along with its hair growth inhibition.

Progesterone can influence hair follicle growth through central and local action. Central action is referred to as the inhibitory effect on LH (Luteinizing hormone) secretion, which causes a decrease in ovarian theca cell stimulation (androgen synthesis). At the hair follicle level, progesterone decreases the conversion of testosterone to dihydrotestosterone (through the inhibition of 5-alpha reductase activity) and opposes its hair growth inhibition action.

It is widely known that Androgens such as testosterone (T); and dihydrotestosterone (DHT); and their prohormones, dehydroepiandrosterone sulphate (DHEAS) and androstenedione (A) - are the key hair growth inhibitors and determining factors in stopping scalp terminal hair growth. However, during pregnancy, they are counteracted by the hair growth-promoting effect of estrogens and progesterone.

It is timely to mention that Mother Nature is so mysterious and wonderful that everything is not absolute. DHT, this potent androgen, is not always a 'bad' hair growth-inhibiting hormone. It also depends on genetics, specific body regions, timing and environmental influences, as mentioned earlier. DHT, the 'bad' scalp hair growth hormone on the scalp, becomes a 'good' hair growth-promoting hormone for other body parts except for the scalp, especially the face and the neck. Especially during a women's perimenopause, menopause and postmenopausal years, when it can cause undesirable excessive hair growth known as hirsutism with male characteristics and locations, making it a 'good' hair growth for non-scalp areas a 'bad' one for women.

Nevertheless, all hormones are the same: for hormones to work, function and exert their biological effects, they have to bind successfully to their specific receptors in the cells of target tissue — the hair follicle, per our current discussion).

Beginning in the third decade of life, cortisol levels in women and men increase gradually with age. Therefore, as we age, our cortisol levels rise. Cortisol is the stress hormone that controls and prepares our bodies, mood, motivation and fear to cope with any imminent crisis or threat to survival. Since Mother Nature will always choose survival above growth (including cell multiplication and reproduction), Cortisol also becomes a 'bad' hair hormone for hair growth.

During menopausal years: Declining estrogens and progesterone levels reduce their hair growth protective effect, combined with an increase or prolonged increase in cortisol levels, while your testosterone and DHT levels remain more or less the same, causes a reduction in the amount of time your hair spends in the growing phase of the hair growth cycle resulting in increased hair fall, thinning and loss. 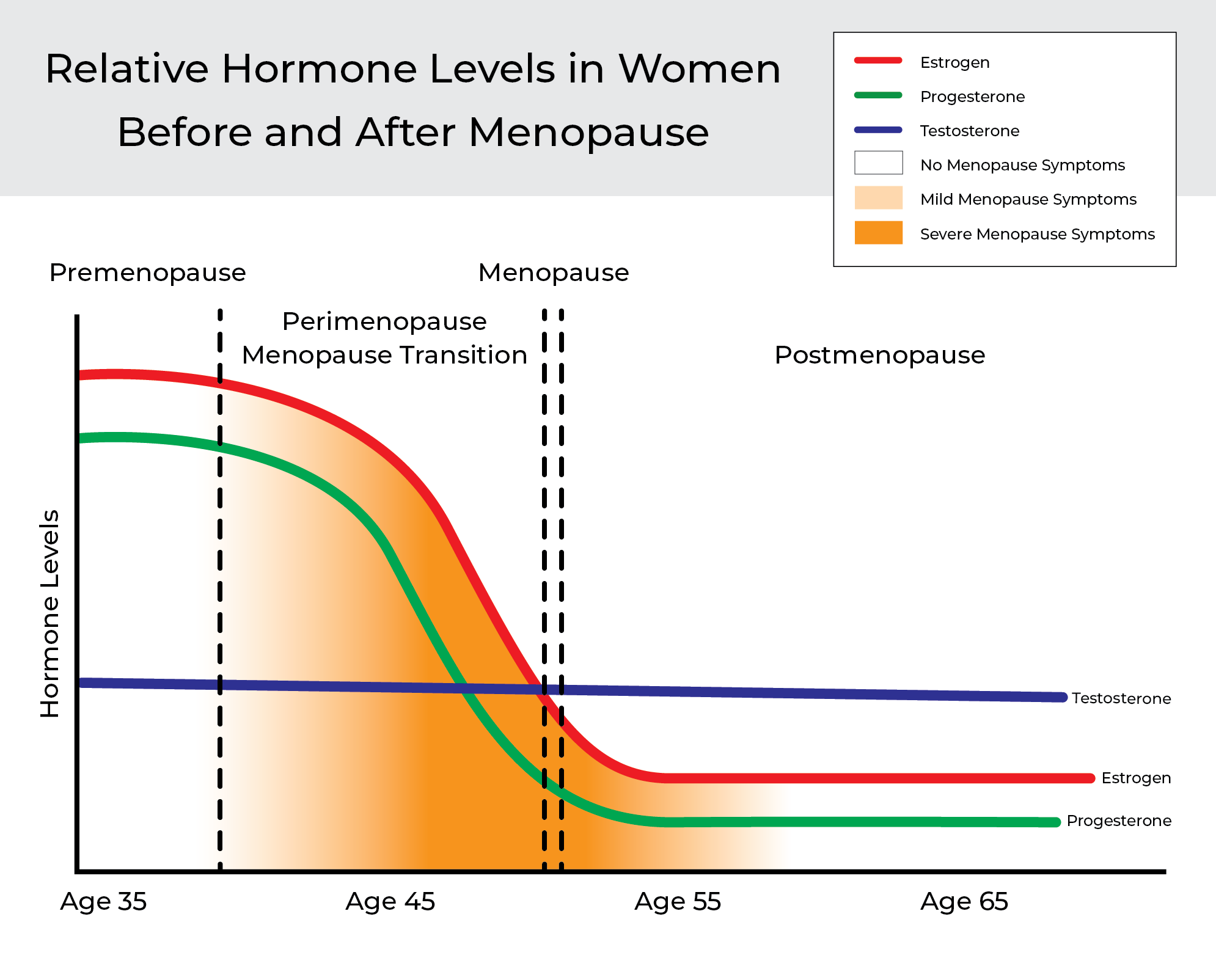 Can Hair Loss from Menopause be Minimised or Reversed?

Yes - When we consider that various nutrient molecules consumed in a normal diet provide energy for all living cells in our bodies. Including energy for hair growth in follicular cells, or act as precursors/building blocks in steroid and sex hormone synthesis and vital cellular messengers for various cell functions to initiate direct impact/effect on structure, growth, and keeping hair and skin integument.

We now know from decades of research that several vitamins and nutrient molecules positively influence and promote hair growth and overall hair and scalp health. Activance has taken this knowledge and utilised recent advancements in science and technology to create a range of cutting-edge, scientifically proven natural products with bioidentical*** and regenerative hair growth nutrient molecule Rhodanide.

Because Rhodanide, also known as Thiocyanate, is the vital nutrient molecule that our bodies produce naturally to keep our hair growing healthy and strong, any deficiency will reduce hair aesthetics and scalp health, accelerating hair damage, ageing and eventually thinning and loss. Unfortunately, our hair's Rhodanide levels are being constantly depleted by our modern-day lifestyle: washing, styling, chemical treatments, medicine/drugs, stress and health conditions, ageing as well environmental conditions such as chlorine from pool water and UV damage from the sun.

Using Activance leave-in treatments along with their supporting gentle shampoos and conditioners will replenish and boost lost Rhodanide and other essential nutrients, supporting your hair during perimenopause and menopause. When incorporated into your daily wellness routine in your younger years, it will provide you with a lifetime of thick, beautiful, healthy hair.

The three powerhouse ingredients in Activance each essential for your hair and scalp health are:

Advice on Hair Loss from Menopause

The symptoms of perimenopause and menopause can be distressing for many women; through our head office, we can offer general advice on hair loss and thinning associated with this stage of your life over the phone.

Alternatively, you may wish to attend our Activance Clinic for a one-on-one personalised consultation with Regenerative Health Consultative Pharmacist Arthur Chan. Arthur has worked in regenerative health, specialising in ageing, immunity, hair and skin, and general wellness for over 20 years.

**The definition of a metabolite is "a substance formed in or necessary for metabolism".

***The medical definition of bioidentical is "having the same molecular structure as a substance produced in the body".

****Sodium thiocyanate: a probe for the conformations of the androgen-receptor complex.

Our preventative and proactive approach ensures that the entire Activance range causes NO short or long-term health and safety issues to you: your skin, eyes, scalp, hair shafts and follicles. Or any harm to the environment.

HAIR HEALTH products contain follicle-friendly, non-irritant, non-hazardous ingredients and impurities. They cause no, or minimal, irritation or harm to hair follicles and structure, general personal health and the environment. Instead, they support and improve hair and follicular health with regular use, promoting, maintaining, and maximising growth, strength, and vibrance, resulting in natural, long-lasting hair.

HAIR CARE products provide a short- to medium-term hair aesthetic, relief or cover. However, they may contain irritants, hazardous ingredients or impurities that harm hair structure and follicles and potentially impact its growth, personal health and the wider environment. Therefore, the hair aesthetic obtained via ‘Hair Care’ products is usually superficial without helping or improving the underlying health status.

The information and references on this website have not been evaluated by governmental or regulatory bodies and departments like TGA, FDA etc. We do not intend to make claims, nor do we aim to diagnose, treat, cure, or prevent any illness or disease. Information, references, and testimonies are shared for educational and information purposes only. We highly recommend you consult your health professional practitioner or our regenerative health consultant from our Activance Clinic to discuss your individual case and needs before acting on any content on this website, especially if you are taking medications or have a medical condition.