When you signup for a FREE Wellness Membership - click button to find out more. 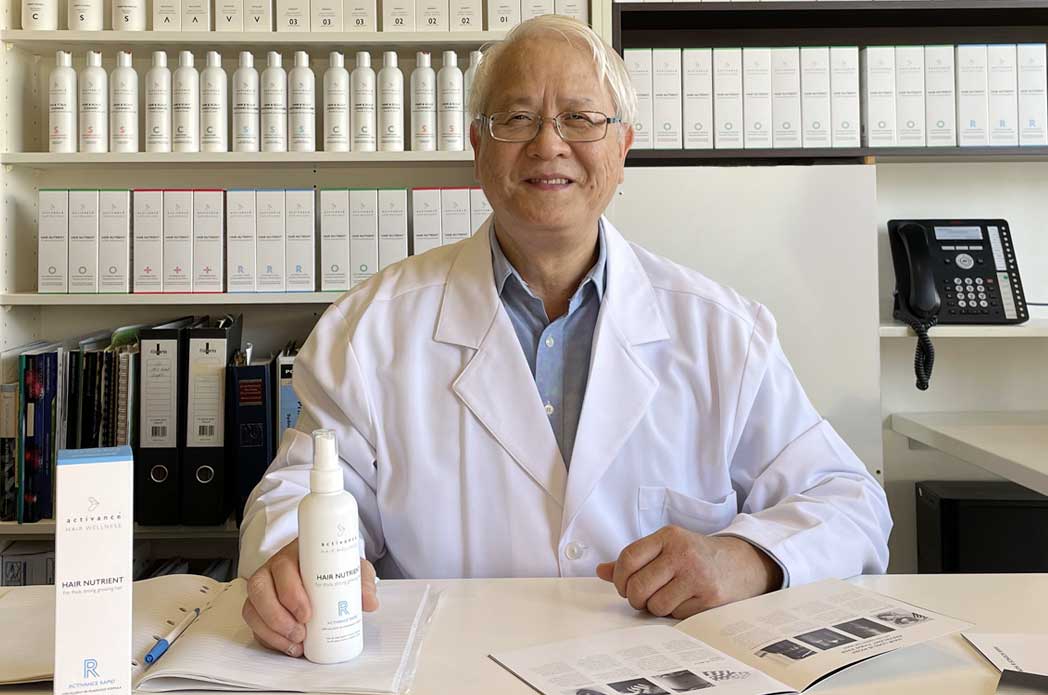 Arthur launched his Melbourne based pharmacy in 1985 after spending eight years as a research and development pharmacist in an Australian based leading pharmaceutical manufacturing company.

He was approached in the late '80s to consult, create, and formulate the highly successful advanced topical minoxidil formula.

The forerunner of this new and exciting technology, Arthur was dispensing effective scientific minoxidil topicals years before any commercial minoxidil brands became available from pharmaceutical companies. In addition, he set up protocols for Australia's leading hair loss clinics that revolutionised the entire hair loss industry.

The Hair Health Foundation is Formed

By the mid-'90s, Arthur had set up the Hair Health Foundation. An alternative to the more orthodox dermatologists, GPs, Trichologists and "male-focused" hair loss clinics, its purpose was to provide an unbiased, independent advisory service and private consultancy clinic that ensured reliable, ethical, and affordable avenues for those suffering from hair loss, particularly females.

The Hair Health Foundation has instigated and follows these objectives:

A. Minoxidil is a medical treatment for hair loss, but not a preventive one, with a mid-50% success rate amongst its users.

C. Around one-third of minoxidil users experience excessive hair fall 3-6 weeks after commencing minoxidil treatment. If users are not aware of this known side effect, it will cause further stress aggravating the hair loss issues even further.

D. A small percentage of people cannot tolerate minoxidil topicals due to minoxidil allergy. Arthur created a gentle propylene glycol free formula (propylene glycidol is a solvent commonly used for drug solubilisation that some people are allergic to.)

E. Minoxidil usage is contraindicated for people at different life stages and health statuses. For example, while trying to conceive, during pregnancy, breastfeeding, taking certain medications and undergoing chemotherapy or radiotherapy.

F. Increasingly the general consumer population, especially women, prefer a gentle, safe and natural alternative to Minoxidil. Others find applying Minoxidil carefully directly on the affected scalp areas (not the hair because it will make hair gritty and sticky) tedious to use over time, leading to non-compliance and treatment failure.

The real challenge was to find a natural, safe and yet effective alternative that could work either alone or compliment Minoxidil and, better still, made up for its deficiencies amongst the natural regenerative nutrient and message molecules like rhodanide (thiocynate), Methylsulfonylmethane (MSM) and other bioactive vitamins.

However, Arthur soon discovered that Rhodanide is an extremely 'active' molecule that is very hard to stabilise into solution form. Fortunately, a German company already had the technology to stabilise Rhodanide. As a result, Arthur was able to ally with the German company using its technology to develop the cutting-edge formulas now known as Activance Plus, Activance Clinician Formula and Activance Rapid. 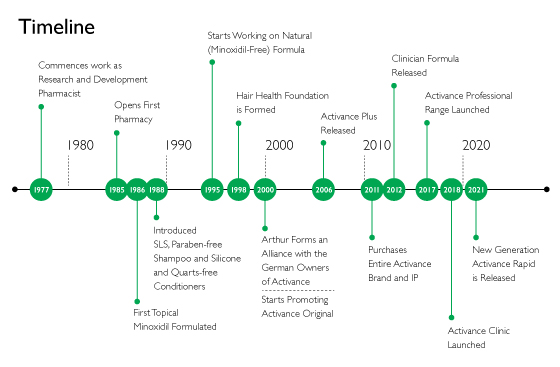 The discovery of Rhodanide's benefit to hair and scalp and the Activance story began in Europe more than 50 years ago.

After World War II, when infectious diseases plagued the continent, supplements containing the health-boosting nutrient Rhodanide were given to humans and livestock to boost immunity and prevent illnesses from spreading.

Unexpectedly, as scientists monitored the supplement's effects on sheep and mink, they started to notice significant changes to the animals' coats, including increased wool production, quality, and shine.

Struck by these mysterious positive side effects, researchers from leading German universities began to investigate. They discovered that Rhodanide is so vital to the biology of living cells in plants, animals, and humans that even our bodies naturally produce it. Like vitamin D, we make Rhodanide for various functions depending on different body sites.

For hair as an example, the multi-functional Rhodanide molecules work as messengers to reawaken dormant hair follicles, triggering regrowth and boosting hair metabolism. The result is faster growth and the ability to fight off damaging chemicals and free radicals, making hair stronger and swelling hair keratin for fuller and healthier hair.

After more than half a century of research and six years of clinical studies into Rhodanide's hair growth effect and other benefits on hair, European scientists developed the world's first hair and scalp solution: Activance Original.

This remarkable hair nutrient replenishes and boosts the natural Rhodanide levels in our hair, which are under constant attack and depletion from our modern life activities, environmental factors and ageing.

A New Era for Activance in Australia

In late 2000 when the principles of the German Activance company retired, Arthur brought out the Activance brand and its intellectual properties.

Building on traditional, ongoing innovation, our customers continue to testify that regardless of hair age, type or condition, Activance's ground-breaking formulas with Rhodanide can give you the power to change your hair naturally.

In late 2018, because of the increasing demands of Arthur's professional service and his regenerative approach to health issues rather than the 'drugs alone' treatments offered by other orthodox medical professionals, Arthur launched the Activance Clinic from Activance's Melbourne office.

What's in a name

The word "Activance" is much more than a brand name. It contains a meaningful message = it stands for Act In Advance - perfectly fitting the motto of "prevention is better than cure”.

Please contact us with any questions or queries regarding this blog or our products. Or visit our Activance Clinic page for more information about having a consultation with Arthur for hair loss and other regenerative health issues.